Who misses Tox Tuesdays?  I know I do! For those of you who are not aware, Dan Rusyniak has left the Indiana Poison Center and now works for the state of Indiana with Jen Walthall in the Family and Social Services Administration. I miss him and his weekly tox tips, therefore I am resuscitating the Tox Tuesday email.  As we are under new management, there will also be a re-branding.  So. . .

Welcome to “What’s Hot IN ToxIN”- fresh off the press news from the world (mostly Indiana) of toxicology as it happens (i.e. not necessarily always on Tuesdays).  I will be assisted by a small but mighty editorial staff consisting of our current MedTox Fellow, Bob Avera, and the Indiana Poison Center managing director, Adam Overberg.  Some of you will have noticed I didn’t say Jim Mowry- he retired from the managing director job earlier this month.  Many changes have occurred in the IUEM Med Tox division, but never to fear.  We will keep delivering moderately interesting, fairly timely, but always nerdy commentary on current toxic events.

The first hot thing in tox is a new study looking at drugs of abuse in the community.  Dear Friends working at Eskenazi– please call the poison center for those individuals who you suspect are intoxicated with an illicit substance.  It doesn’t matter if the patient is admitted or discharged.  If you don’t have time to call, send me an email with the patient’s MRN (include phrase “secure message” in the subject line).  The end goal of the study is to identify what crazy things people are taking these days- via a novel detection method.  Of course, if you wouldn’t mind hearing a bit of advice as to how to manage the patient, we are happy to help, as always.

What else is hot right now?  Carbon monoxide.  We have experienced more snow and ice lately- which means more loss of power, more stress on the HVAC systems, and more use of generators and combustion indoors.  This naturally leads to more exposure to CO.  In fact, my family had its own near miss last year- but thanks to my sensible husband, we lived to tell the tale.  Flash back to Christmas Eve 2017.  We had fallen into bed very late that night, exhausted after a long drive, big meal, wrangling of overstimulated children and some preliminary present opening.  And what to our wondering ears did appear but the incessant beeping of the CO detector.  At first, it looked like the battery might be dying, so we replaced it. My hopes of solving the problem easily were dashed when its first response to new batteries was to immediately indicate that not only was there still CO present, but that its natural lifespan was expired and that it was not going to function any more.

**  First moral of the story:  Yes, CO detectors do expire.  They need to be replaced every 5-7 years, depending on make and model.  Go check yours.

Thankfully, Walmart was open at 2:00 am (thank you procrastinators of holiday shopping- you gave retailers a reason to be open late), so we bought two more fresh units and installed them.  We were back snugly in bed when at 3 am the alarm went off again.  So what did I do?  Wake my sweet children and evacuate? No!  I laid in bed pondering the pros and cons of ruining Christmas for everyone.  I didn’t want the guilt of telling my in-laws that Christmas was cancelled, and getting to play the role of the Grinch (Grinches are bad, but in-law Grinches are the worst).  I am reluctant to admit that I did get out of bed and poked my youngest (and smallest, most canary like1) child, ensuring that he was at least somewhat responsive, in order to reassure myself that this exposure really wasn’t that bad.  However, my husband pointed out that we didn’t drive to Walmart for new CO detectors at 2 am for nothing and now that they were going off for a second time, perhaps we should heed the warning. It then struck me that this was an incredibly stupid and embarrassing way to die.  Toxicologists cannot volitionally sleep through CO alarms – there is a special hell for that.

** Second moral of the story:  Don’t ignore the alarm.  The fire department carries CO meters that can confirm exposure and get a quantitative read – not just qualitative like most home CO detectors.  They can come check it out even on holiday late nights.

At 4 am, my sweet children and their cousins were getting a sweet tour ofa fire truck as the fire department was busily recording elevated levels of CO in most rooms of the house.  Interestingly, some rooms had twice as much CO as others with no discernable relationship to their distance from the furnace (the ultimate source of CO).

**Third moral of the story:  Put a CO detector in every bedroom/sleeping area of your home.  Put it lower in the room- CO does not rise like smoke does.

What would have happened if we were significantly exposed and went to the emergency department?  Would we have been candidates for HBO (hyperbaric oxygen)? Could we have received it if we were candidates?

If I were to answer a board style question regarding use of HBO in CO exposure, I would say that the indications are:

These are based However, in reality the evidence is more muddled.  The randomized controlled trials addressing this question did not get consistent results3. 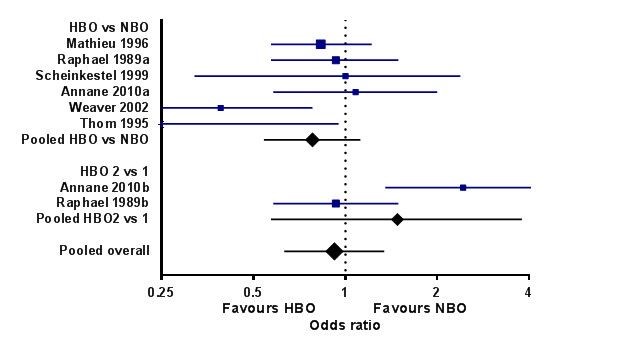 The most recent large scale study was performed by Lindell Weaver and showed a benefit for HBO.  In this article2 though, Dr. Weaver further states “However, this trial did not clearly identify subgroups of patients in whom hyperbaric oxygen was appreciably more or less beneficial. A post hoc analysis of 86 patients suggested an interaction between the apolipoprotein genotype and the use of hyperbaric oxygen. In patients lacking the apolipoprotein E4 allele, hyperbaric oxygen reduced the rate of cognitive sequelae at 6 weeks, whereas in patients who had the E4 allele (which is present in 30% of the general population), the use of hyperbaric oxygen did not reduce the rate of cognitive sequelae.”

The ACEP Clinical Policies Subcommittee says that HBO is an option, but should not be mandated due to the lack of identifiable variables that indicates which patients benefit from this treatment. Of course, Weaver acknowledges ACEP’s stance, but advocates a more liberal use of HBO anyway.  So why not just give everyone HBO and be done with it?  The answer is a practical one.  HBO is not widely available in a 24/7 format.  There are few emergent indications for it that have solid EBM backing.  For dysbarisms, clearly having access to HBO is necessary.  Thus the coasts will have chambers more widely available than the landlocked Midwest.  If I were to decide that I, in Indianapolis, wanted to provide HBO to a patient, I would have to transfer them to Chicago.  By the time I arranged this transfer, the patient would likely receive far less benefit of therapy due to the delay of care.  In this lovely review3, the authors point out:  “However, given that the half-life is only around 90 minutes with high-flow oxygen and that it typically takes at least 2 hours to arrange HBO treatment [4, 44], the biological rationale that HBO is a more effective means of removing CO in practice is limited. “

If it takes more than 2 hours to get to the HBO chamber, the benefits are reduced even further.

Should you want to find out where your nearest HBO chamber is, Divers Alert Network can identify one. Call 919-684-9111.

Otherwise, use a nonrebreather for 6 hours, then check a CO level again.

Perhaps you are missing Dan more than ever after reading this.  If so, please listen to the amazing podcast “The Dantastic Mr. Tox & Howard”. https://itunes.apple.com/us/podcast/the-dantastic-mr-tox-howard/id1247074688?mt=2&ign-mpt=uo%3D4

Or read a great blog on EMCrit “The Tox and The Hound” http://emcrit.org/category/toxhound/

Posted in Tox-IN
We use cookies to ensure that we give you the best experience on our website. If you continue to use this site we will assume that you are happy with it.Ok